When women find out that their baby is breech, it often causes stress and sometimes even panic. However, this doesn’t need to be a panic-inducing situation. There are options for either getting a breech baby to turn, or to plan a breech vaginal birth. Many women believe that their only option is to have an External Cephalic Version ( ECV ), and if unsuccessful, a Cesarean Section. A breech baby does NOT need to automatically mean a cesarean section. The good news is, there are many options in between. There are alternative options that have been proven to be more successful than an ECV, and there are care providers who are skilled with vaginal breech delivery. It’s important for women to know that there are more than one or two options.

What are my options? 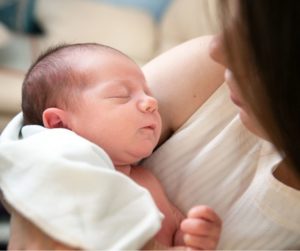 The first option is to try to get baby to move into a cephalic ( head first ) position. This is preferable, as a vaginal breech birth does carry slightly higher risk than a cephalic vaginal birth. However, women really need to understand that there are certainly risks with a cesarean delivery for breech – though many are not told of the risks with surgery.

How can you encourage a baby to turn?

Chiropractic is an invaluable tool in pregnancy, regardless of baby’s position. But when you’re faced with a breech baby, the Webster Technique can be what keeps you out of the operating room.

The Webster Technique works by aligning the mother’s back, pelvis, and hips to ensure that the baby can get into an optimal position for birth. Since the muscles and ligaments of the uterus are attached to the bones of the pelvis, adjusting the pelvis causes the ligaments to relax. Sometimes, babies cannot turn into a cephalic ( head first ) position, because the ligaments surrounding the uterus are too tight. The Webster Technique loosens these ligaments, allowing baby to turn. It is recommended that pregnant women begin chiropractic care early in pregnancy, to ensure a more stable structure, and optimal positioning for baby.

Moxibustion involves using dried leaves of the mugwort plant into sticks, which is then burned like a cigar. It may sound a bit scary, but the moxibustion stick does not directly touch the skin at the acupuncture point. It is simply used to warm and stimulate the point.

According to an article in “The Journal of American Medicine” (JAMA) moxibustion is found to be effective in stimulating fetal movement and in turning a breech baby. A randomized controlled trial (Francesco Cardini & Huang Weixin, 1998) found a success rate of up to 70% using this method. 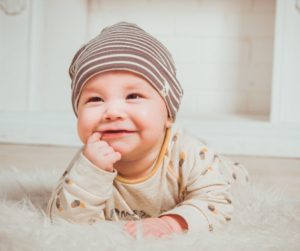 Start with placing a board at a 45 degree between your couch and floor. Put your back to the board, with head on the floor ( pillows help make this more comfortable ) and legs over the top. The breech-tilt should begin at 34 weeks to help baby move into a better position before labor/birth.

While on all fours, mom should try to get her knees as close to chest/head as possible. The idea behind this is to get the hips higher than the head so that gravity will help get baby out of the pelvis, and into a more optimal position. This can be helped by playing music by the pubic bone, or having dad talk to baby near the pubic bone.

Swimming is a great way to create a zero-gravity environment for baby. Doing handstands in the water repeatedly is a good way to encourage baby to come out of the pelvis, and move into a better position.

What if my baby doesn’t turn?

This honestly depends on a number of factors. Prior to the 1970s, breech vaginal birth was normal. A cesarean was rarely done just because baby was presenting bottom first. As time progressed, the skill of a vaginal breech delivery has been almost lost. This is not a skill that is commonly taught in medical school anymore, nor is it being handed down from the older generations. There are still care providers who believe that the breech position is yet another variation of normal, and take care to offer this option to women instead of automatically turning to surgery.

Isn’t it safer to have a c-section for breech?

Many women are presented with the options of ECV and Cesarean only. Women also need to know that they have the option to birth the baby vaginally as well. There are definite risks to a cesarean, and there are different sets of risks for the baby. In a cesarean for breech, the number of lacerations (being cut by the scalpel during the surgery) is much higher than a cesarean with a cephalic baby. Some studies (JAMES F. SMITH, 1997) show this risk being as high as 6%.

Canada has recently stopped turning to cesarean for breech. (Andrew Kotaska, 2009) They found evidence by searching multiple medical trials, studies comparing planned cesarean with planned vaginal birth, and studies comparing the long-term outcomes in breech babies born vaginally or by cesarean. They found that the risks were comparable, and women should be presented with both options.

Every woman should research all of her options and make an informed choice. Interview care providers to see how they handle breech presentation and any restrictions that might come with it. Our hope is for more women to make fewer decisions out of fear, coercion or the belief that they have no other option. Take charge of your prenatal care and always get a second opinion.